BRUNSWICK, Ga., Nov 22 (Reuters) – A jury heard dueling accounts of whether the three white men charged with murdering Ahmaud Arbery had any right to chase and shoot the unarmed Black man in their mostly white Georgia neighborhood in closing arguments on Monday.

Gregory McMichael, 65; his son Travis McMichael, 35; and their neighbor William “Roddie” Bryan, 52, have pleaded not guilty to murder, aggravated assault and false imprisonment, saying they did nothing wrong in jumping into pickup trucks to chase Arbery.

Prosecutors said the men “assumed the worst” about a 25-year-old Black man running by their homes and attacked him in a five-minute pursuit through Satilla Shores, a coastal Georgia suburb, on Feb. 23, 2020.

In contrast, the elder McMichael’s lawyer, Laura Hogue, said the defendants had a duty to catch Arbery, whom she painted as a frightening burglar with “long dirty toenails,” using a description from the autopsy report.

At that comment, Arbery’s mother, Wanda Cooper-Jones, was heard exclaiming “Wow!” as she rose to leave the room.

Lead prosecutor Linda Dunikoski said the defendants killed Arbery, an avid jogger, “not because he’s a threat to them, but because he wouldn’t stop and talk to them.” Arbery had nothing on him but his jogging clothes and shoes.

“They made their decision to attack Ahmaud Arbery in their driveways because he was a Black man running down the street,” she said, the prosecution’s most direct assertion so far of a racist motivation in a case which mentioned race only in passing before the jury.

The younger McMichael was the only defendant to take the stand, testifying he fired his shotgun at close range at Arbery in self defense, saying Arbery had grabbed the gun.

In his closing argument, Jason Sheffield, one of McMichael’s lawyers, pointed to the law-enforcement training McMichael got during his nine years as a U.S. Coast Guard mechanic.

Sheffield showed jurors parts of Bryan’s widely seen cellphone video, freezing it at the moment Arbery ran towards Travis McMichael, who had just aimed his shotgun at Arbery.

“There’s no question that Ahmaud’s hands are on this gun,” he said. “You are allowed to defend yourself. You are allowed to use force that is likely to cause death or serious bodily injury if you believe it’s necessary. At that moment, Travis believed it is necessary.” 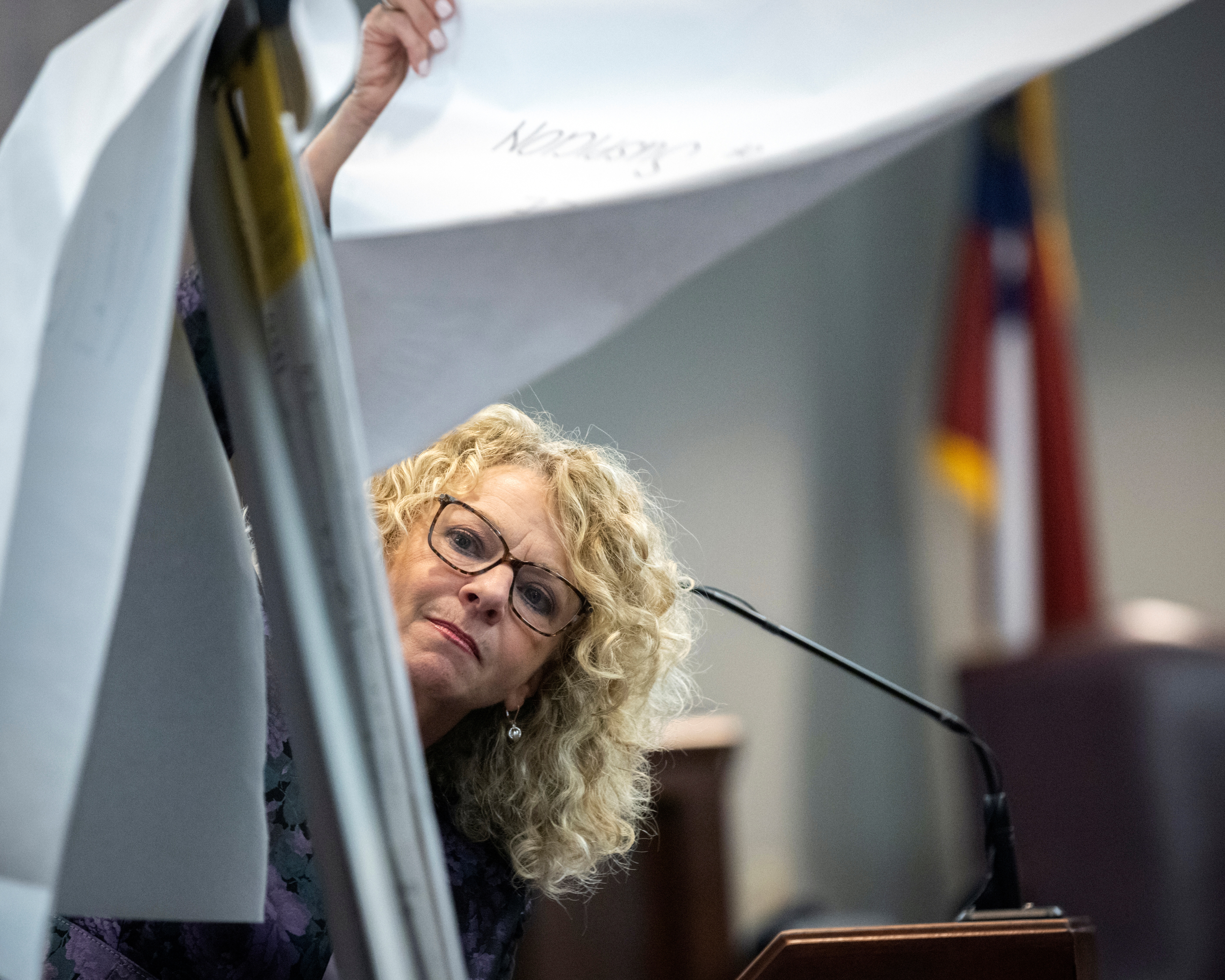 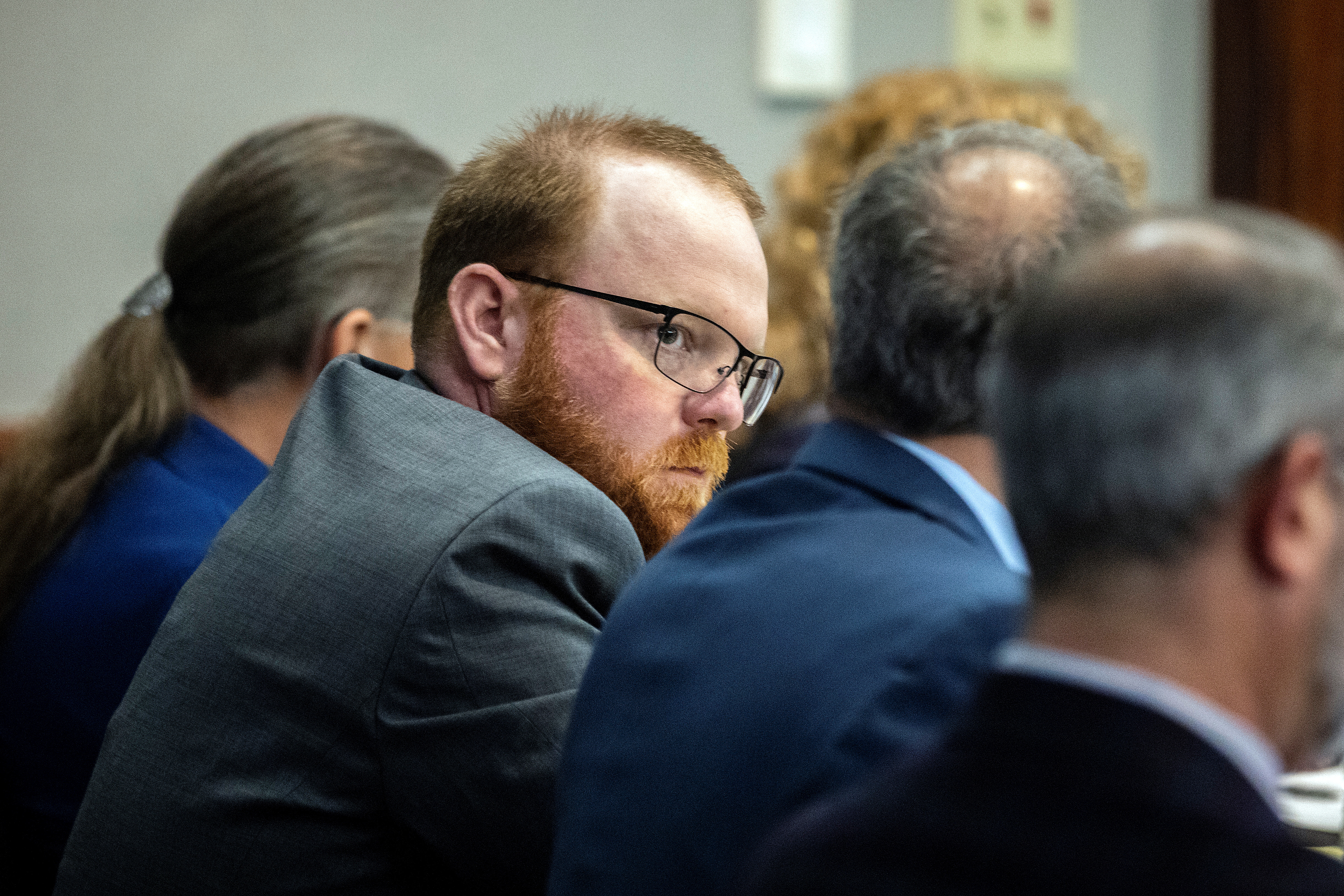 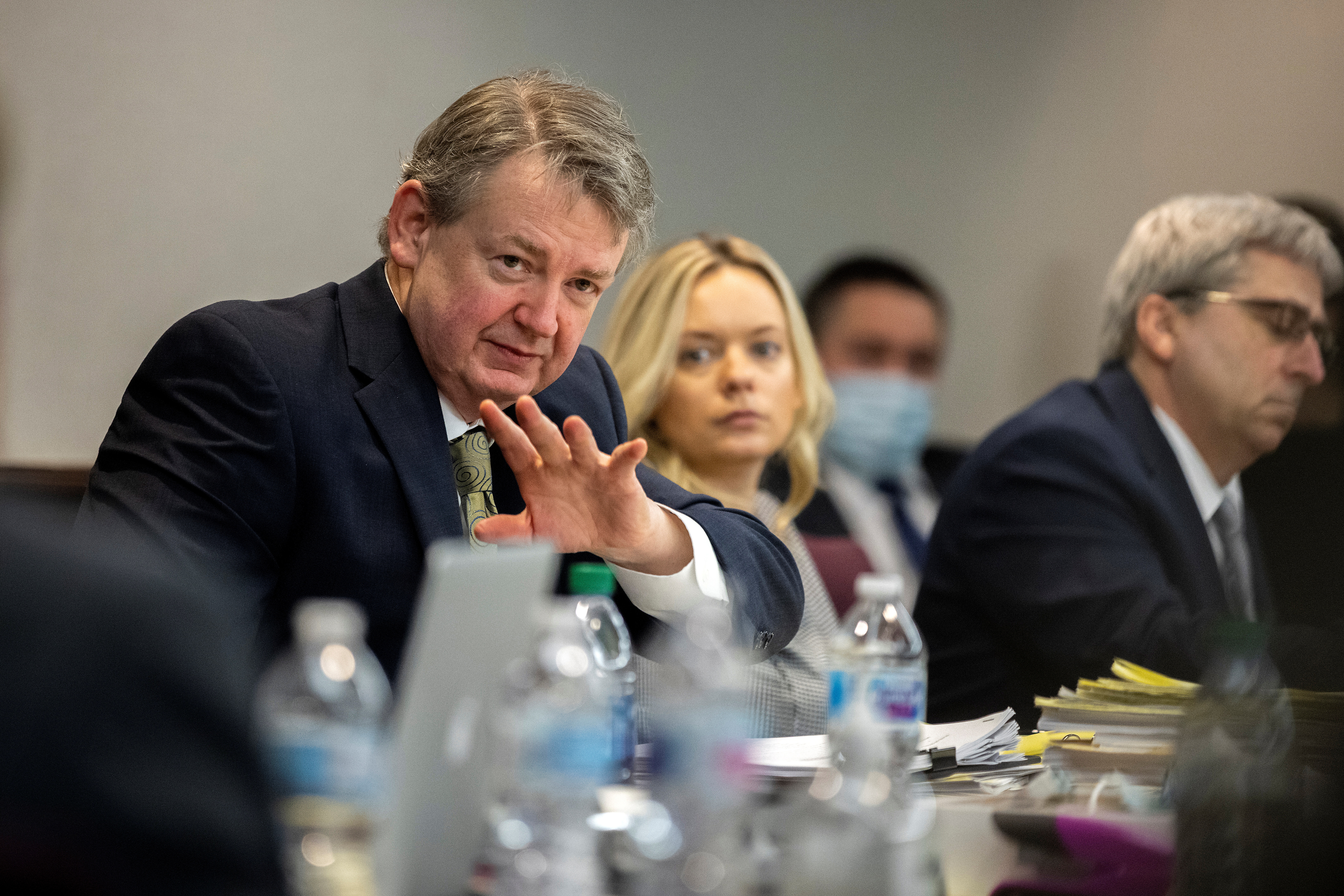 Travis McMichael sits with his attorneys before the start of closing arguments to the jury during his trial and of his father Gregory McMichael and William “Roddie” Bryan, charged with the February 2020 death of 25-year-old Ahmaud Arbery, at the Glynn County Courthouse, in Brunswick, Georgia, U.S. November 22, 2021. Stephen B. Morton/Pool via REUTERS

Dunikoski suggested McMichael lied on the stand, deriding his testimony as self-serving and inconsistent with initial accounts to police.

McMichael testified that he thought Arbery might have been behind local thefts and that he briefly saw Arbery 12 days before the shooting outside a nearby empty, half-built house after dark.

No evidence ever emerged that Arbery, who was saving money to return to technical college, took anything on his frequent runs through Satilla Shores. The property owner said through a lawyer he believed Arbery was stopping for a drink from a water faucet on the site.

Nonetheless, Hogue argued, Arbery had an intent to steal in his repeated visits to the construction site at night, which can be prosecuted as burglary even if nothing is taken. Her argument sometimes drew shocked muttering from Arbery’s supporters.

“A beautiful teenager with a broad smile and a crooked baseball cap can deteriorate and lose his way,” Hogue said, referring to a photograph of Arbery that prosecutors showed jurors. “Years later he can end up creeping into a home that is not his own and running away.”

The defendants have argued that they had a right to detain Arbery under Georgia’s citizen’s arrest law, which was repealed in the wake of outrage over the killing.

“A good neighborhood is always policing itself,” Hogue said.

The citizen’s arrest law allowed anyone to detain a person if there is reasonable and probable suspicion that the person is fleeing a serious felony crime they committed.

But trespassing is a misdemeanor, Dunikoski noted, and none of the defendants knew where Arbery had been or what he was doing before running past their driveways.

Kevin Gough described his client, Bryan, as a simple, ineloquent hardware store worker who was the only one of the three men not to grab a gun before chasing Arbery.

“Roddie Bryan is no vigilante,” Gough said. He evoked the “hand of God” as he argued that Bryan was being “guided by divine providence” to the scene so that the jury could have the most important evidence in the case: Bryan’s cellphone video.

For the felony murder charges, the prosecution does not have to show that anyone intended to kill Arbery. They only need to prove that the men falsely imprisoned him or assaulted him using the shotgun and their trucks, and that one of those underlying felonies caused Arbery’s death.

The prosecutors are due to make their final rebuttal on Tuesday before the jury begins deliberations.