Optimus
People in two SUVs were reportedly shooting at each other when one vehicle crashed, ejecting two of the occupants. They were pronounced dead at the scene. 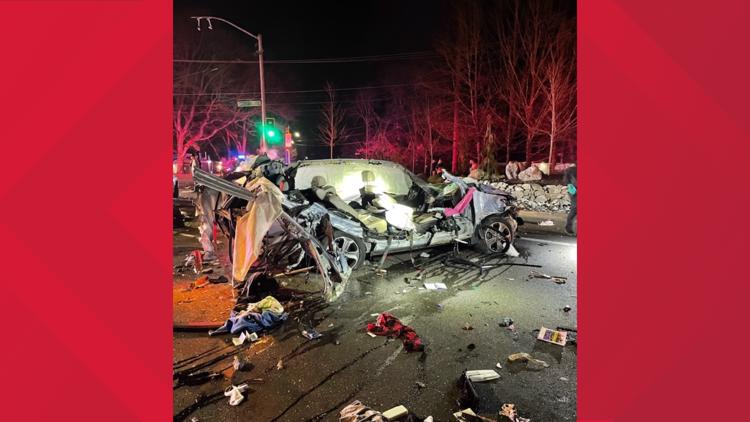 Credit: Lakewood Police Department
Two people were killed when they were ejected from an SUV during a crash in Lakewood Friday night.

LAKEWOOD, Wash. — Two men are dead after a shooting led to a car crash in Lakewood, according to the Lakewood Police Department.

Around 8:32 p.m. Lakewood police received reports of people in two SUVs shooting at each other in the area of 108th Street and Lakeview Avenue.

At 8:33 p.m., one of the vehicles hit a pole, ejecting two of the occupants, according to police. Both men were pronounced dead at the scene.

One other man in the car was taken to a local hospital and is expected to survive.

The SUV that crashed had a bullet hole in it, leading officers to believe the crash was related to the shooting. The car also hit two other vehicles before it crashed. No other injuries were reported.

Police are still searching for the other driver believed to be shooting at the SUV. The identities and ages of the victims are currently unknown.